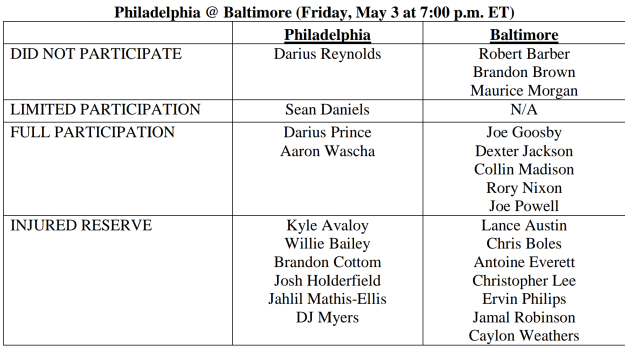 After just one week of action its understandable to not think about the league MVP. Where would the fun in that be though? That being said, I have 4 candidates the I believe have a legitimate shot at being the MVP.

James Romain from the Philadelphia Soul in week 1 had 2 interceptions, returning both for TDs. With those stats that puts him on pace for 24 interceptions and 24 TDs, unheard of defensive stats. We know that pace is unsustainable of course, or is it?

On the defensive side of the ball also is Baltimore Brigade player Joe Powell. Joe is already in mid-season form having 2 interceptions in the first game, and though none went for TDs like James Romain, both interceptions stopped crucial drives for the Washington Valor.

Now that’s the ballhawk side of the line, lets talk about the offensive side now. Dezmon Epps from the Washington Valor had 201 yds receiving and 4 TDs setting a new franchise record for the Valor. The pace would be brutal to continue but 48 TDs and over 2400 yards receiving would be hard to not give the MVP to.

Every great receiver needs a great QB to throw to them, and that’s where my personal pick for MVP comes in. Arvell Nelson threw for 391 yards and 8 TDs. On pace for a truly unbelievable 4704 yards passing and 96 TDs. 96 TDs, could you imagine that?

Well there you have it, the 2019 way too early Arena Football MVP candidates.  As the season goes on we will get the chance to see just who the real contenders are, but for now, sit back and relax because its going to be a great season.

The Philadelphia Soul defeated the Atlantic City Blackjacks today, 48-41, in the season opener for both teams.

On the Marvin Ross injury:

“They’re take them to the hospital for precautions. He looked like he was moving his extremities. You know, we will see how it goes. When we get the doctor’s report. Right now it is too early to tell. But you  know, it was a terrible hit to take and nobody wants to see that happen. You know, overall it’s gonna be the doctor’s call, so what he does down the road here, but you know certainly it is a loss.”

The most positive thing:

“The most positive thing our team did is we have a lot of rookies that performed at a high level, you know when you get all those guys coming in in their first game and making plays, and contributing, I thought that was something. I thought we showed a lot of energy on special teams and kickoffs, the way we covered. I thought our kickoff return we had a couple of opportunities to take some returns back and we didn’t quite finish there. So that what it is all about, it’s getting better, its progression you know for an expansion team, we are looking at just the progression of what we are are doing. And we came in here and I think we accounted for ourselves well and now we have to go home and figure out game two.”

Overall feeling for the first game of the season:

“Um, You now, if you’d have asked me in the first quarter and a half, i’d say Oh my gosh I’ve got the wrong guys in. But I mean they had to settle in. I had a rookie off the net and it cost us right off the bat. But in his defense, probably five or six of those balls, I don’t care who was back there, they were going to be tough to catch, so he got broke in really fast. And we have a new center, and of course he goes down with, looks like a dislocated wrist, so he’s done. Some other positions had to step up and move guys around too.”

On the two big interceptions:

“The first one was the momentum changer that got us back in the game honestly. It is hard to run away from somebody in this game, but we were on the verge of that happening to us because things weren’t working too well for us. We’d just lost our center, had to move some guys around, weren’t playing well, and the momentum was truly changed. Those two interceptions, I mean I have never seen the ball just like stick in his hands like that. He has good hands, but I mean those were two tough catches, they were bullets, He caught them and took them to the house. I mean, that is James to a tee though. I mean, once you get the ball in his hands, he’s tough to get down. He’s been our return guy before and it’s the same thing. He definitely was our MVP of the game today.”

The last time these two teams met on the turf was ArenaBowl 31, where the Valor shocked the Brigade on their own floor. We got a great rematch that lived up to all the hype heading into the season. The dislike between the two teams was evident from the very beginning of the game. It was chippy early and often with a lot of talking, pushing and shoving going on almost every play. So much so that the brigade had the first ejection of the season.

With over 100 points scored between the two teams, there was plenty to keep all fans interested and entertained. Arvell Nelson picked up right where he left off last season throwing 8 TD passes and accumulating 391 yards in the air. Even though the offense looked pretty good for the Valor it was the special teams that shot themselves in the foot all night long.

Four missed extra points by kicker Patrick Clarke along with poor kickoff coverage that saw many long returns putting the Valor defense on its heels time and time again. Even with 2 costly interceptions and the special teams woes the Valor kept it close with the Brigade all night long. No lead was ever more than 14 at any time and with the score being 59-51 with less than 2 minutes left the Valor still had a shot at the tie late before the Brigade’s defense stood tall and stopped the defending champs om the last drive to secure the win for Charm City.

Another beltway game in the books and another classic game between these two teams. The Valor continue the road trip next week as they travel to Albany to face the empire.

In team news, Doug McNeil when interviewed said, “We know who we are and we know we can compete, we are coming together well and can expect big things from the Valor.” In street clothes for the game Doug also stated that he has signed a CFL contract, and wont see the field for the Valor again this year. It’s a big void to fill for the other wideouts but Josh Reese and Dezmon Epps look up the task with both having multiple scores tonight.

If game 1 of the season is a sign of things to come, we are in for a heck of a ride this year. 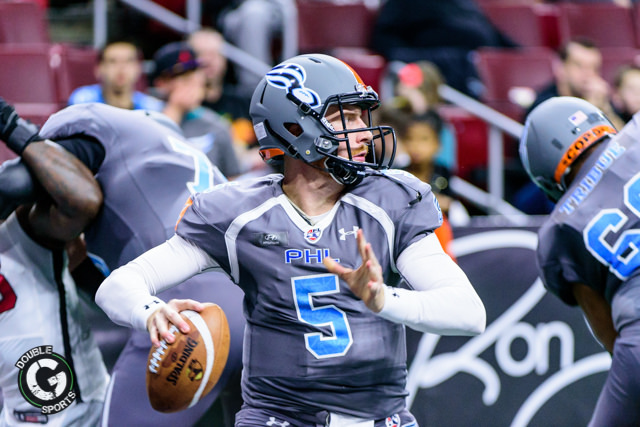 Three-time ArenaBowl champions, the Philadelphia Soul take the field on Saturday for the Arena Football League season opener. The Soul will be taking on the Atlantic City Blackjacks, a newly formed expansion team that is looking to make its mark on the AFL. The Soul will be looking to rebound from a disappointing 2018 season, in which they finished 7-5 and were eliminated in the first round of the playoffs.

Atlantic City will be led by quarterback Randy Hippeard, whose previous game experience includes an MVP level stint with the Tampa Bay Storm. Wide Receiver Kendrick Ings will be teaming up with Hippeard for the third straight season.

Look for big numbers to be put up on both sides. The Soul are getting to start the season at home for the first time in eight seasons, so expect a frenzied crowd. The Blackjacks are a new franchise, so some chemistry issues among teammates may arise due to the raucous home crowd.

Prediction: The Soul are among the AFL elite, so anticipate them to cruise in this one.